How Long Do You Have to be Separated for a Divorce in Massachusetts?

How Long Do You Have to be Separated for a Divorce in Massachusetts?

Divorce can be a tricky situation and stressful for all parties involved. Sometimes, for the sake of those involved, it is tempting to make a quick break, while others decide to try a separation first. In the state of Massachusetts, there is technically no “legal separation” designated by the court. This means that the court does not have to give you permission to live separately from your spouse, as it is completely legal to do so. 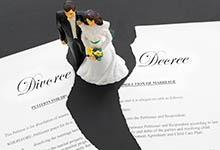 What the state of Massachusetts does recognize is something called “separate support.” Separate support involves getting a court-ordered separation agreement, in which some of the same details can be laid out and agreed upon by both spouses, likely to a divorce settlement. Some people might choose to go this route for religious purposes, if they do not believe in divorce, for the sake of their children, etc. There are many reasons why individuals might file for separate support.

It is important to remember that while separation agreements and separate support are similar, they are very much different. A ruling of divorce means that the marriage has ended, whereas separate support indicates that the marriage is still intact. So even though they can both address some of the same aspects such as custody and visitation, it is not a legal divorce and you are therefore still married to your spouse and legally obligated in that manner, whether you live with your spouse or you do not.

Now that you know more about the separation standards and laws in the state of Massachusetts, hopefully, you can make a sound decision in regards to your own situation and marriage. It is important to keep in mind that every case and situation is different and you should consult your attorney before making any final decisions.

administrator
Safe Driving Tips for the Labor Day Weekend in Massachusetts (Prev Entry)
(Next Entry) Can I Collect Workers’ Compensation for Coronavirus (COVID-19) in Massachusetts?